Check out my new piece in the Washington Examiner this morning!

I’ll be on Steve Gruber’s radio show (WJIM, 1240 AM, Lansing, MI) this morning at 9:05 AM Eastern to talk about whether America’s power grid can withstand a brutal winter. I’m looking forward to it!

I will be on Tom Becka’s radio show (KCMO Talk Radio 103.7 FM, 710 AM) tomorrow at 7:35 AM Central. We will be discussing how the recent, brutal cold snap is straining the power grid, and what we can do to assure reliable and affordable electricity. It should be fun! Here’s a link for more information about Tom’s show:

Steven Hayward over at Powerline posts this interesting item:

Please check out this article from Ken Silverstein, one of my favorite Energy writers:

Check out this article by Brian Potts in Forbes:

Check out this great post by John Hinderaker over at Powerline!

Great article by Michael Bastsch over at the Daily Caller.

Check out my new article in LifeZette!

The Wall Street Journal carries a letter to the editor responding to “Big Wind and Tax Reform,” a Nov. 11 article, which says the production tax-credit subsidy takes billions out of the pockets of working Americans and transfers the money to rich investors. 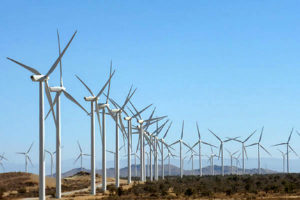 Check out my new article in The Hill!

Check out my new article published today in the Pottstown Mercury (PA)!

America’s energy sector has reached an interesting crossroads. After eight years of the Obama Administration working to dismantle the nation’s coal fleet, the Trump Administration has swept into office and upended the apple cart. Earlier this year, Energy Secretary Rick Perry commissioned a study to assess the health of America’s power grid. His subsequent report noted a sizable decline in America’s “baseload” power, and urged steps to improve the reliability of the nation’s electric grid.

Overall, the Trump Administration is advocating an “all of the above” mix for the nation’s power sector. And this is an eminently sensible position. But in attempting to secure the nation’s power grid, Secretary Perry is now facing criticism because he’s chosen to prioritize reliable, practical power generation over political expediency.

Significantly, America’s electric grid depends on a bulwark of baseload power to continuously meet the daily operational needs of the entire nation. For decades, this massive lift has been undertaken by coal and nuclear plants. However, America has lost an unprecedented amount of baseload capacity in recent years. Since 2010, 66 gigawatts of coal capacity has disappeared — enough electricity to power 40 million homes. And by 2020, an estimated 80 gigawatts of coal capacity will have been shut down.

No doubt, rising natural gas production and a decade of crippling federal regulations have served to eliminate a substantial portion of America’s coal fleet. And bankruptcies and cost overruns have simultaneously hampered replacements for an aging nuclear industry.

But in response to such a stark problem, Secretary Perry has proposed that the Federal Energy Regulatory Commission (FERC) allow some power plants to recover the cost of storing on-site fuel. Such fuel storage allows power stations to run non-stop during extreme weather. Typically, America’s utilities give priority to the lowest-cost energy option for power transmission. But Perry is urging a pricing mechanism that would value these plants for their ability to continually provide power during disruptive events like massive storms and frigid winters.

Coal and nuclear plants would benefit from such a revision — since they maintain lengthy fuel supplies, and can typically remain in operation despite weather challenges. In contrast, natural gas plants can falter during interruptions in pipeline service. And much-touted solar panels and wind turbines are particularly vulnerable to storm impacts — and only function when the sun shines and the wind blows.

The bottom line is that coal and nuclear plants still produce 50 percent of the nation’s electricity. It’s a significant — but declining — share of the energy needed to ensure reliable electricity. Thus, Secretary Perry is simply taking a very real-world approach to a burgeoning problem.

Polling shows that 70 percent of voters favor a diverse mix of fuel sources to maintain grid reliability and affordable power. So rather than simply take coal and nuclear power plants offline, the Trump Administration can support a more reliable electric grid by encouraging upgrades to existing facilities. These are important considerations for the coming decades, when an ever-growing nation will look to keep powering its schools, hospitals, and infrastructure. Secretary Perry is right to help ensure a continuation of the reliable and affordable power that undergirds America.

I have a new article on Lifezette where I praise DOE Secretary Perry for his efforts to increase reliability of the electric grid.

I have a new article in Lifezette this morning in anticipation of the EPA’s actions to scrap Obama’s Clean Power Plan. Here’s a taste:

It doesn’t say a lot for the Clean Power Plan (CPP) that 27 states filed legal challenges against it in 2015. Or that the U.S. Supreme Court issued a stay of it in February 2016. Former President Obama issued the CPP more than two years ago in an effort to demonstrate U.S. leadership in reducing power-sector carbon dioxide (CO2) emissions. A majority of states subsequently opposed the plan’s intrusive overreach, though — and argued that it granted the EPA broad new powers never before identified in the Clean Air Act.

Thankfully, EPA administrator Scott Pruitt is announcing a repeal of the CPP today, and will be seeking comments from the energy industry on a potential replacement rule. Americans should hope that Pruitt will take his time in formulating a new plan, however, since it’s questionable whether any amount of CO2 reductions would actually have a meaningful impact on global climate.

What the U.S. should be doing is leading the global charge toward a higher-efficiency fleet. Boosting the average global efficiency rate of coal-fired plants from 33 percent to 40 percent would remove the equivalent of India’s annual CO2 emissions. Overall, the U.S. should embrace advanced coal plants as a reliable means of achieving baseload power, and thus set an example for developing nations as they build their own fleets.

Industrialized nations will continue to use coal to power their economies. And coal will also be lifting developing countries out of energy poverty. So when Scott Pruitt repeals the CPP, he should use the opportunity to encourage greater U.S. investment and deployment of new emissions technologies. This would ensure continued affordable, reliable power in the U.S. and aid the proliferation of smarter, cleaner plants overseas.

I have a new article that appears in Lifezette today. Check it out!! Here’s a preview…

Remember Hillary’s campaign promise, “we’re going to put a lot of coal miners and coal companies out of business”? Well, here is a great article by Luke Popovich in The Spectrum with discusses “what happened” to a Democratic Party that has abandoned not only coal miners, but all working people.

Check out my new article on Lifezette!